As part of the new wave of outlaw country musicians, Eric Church has got to be our favorite here at CountryMusicOnTour! With a party-it-up attitude and a down to earth personality, Eric Church makes every concert feel like a house party. High energy with rock attitude is what Eric Church Tour Dates are all about. With amazing lights, visuals and hard hitting country tunes, Eric rivals anything sitting atop the country music genre. Surely one of the greatest concert experiences out there. Don’t miss an Eric Church Tour when it hits your town!

If no events are listed, please check back often as this info can update DAILY.
The tour dates and tickets listed above are part of an affiliate partnership resale marketplace.
More info about Eric Church:
https://www.ericchurch.com/

Who Is The Opening or Supporting acts For Eric Church's Tour?

Kenneth Eric Church (born May 3, 1977) is an American country music singer and songwriter. Signed to Capitol Nashville since 2005, he has since released a total of five studio albums for that label. His debut album, 2006's Sinners Like Me, produced three singles on the Billboard country charts including the top 20 hits "How 'Bout You", "Two Pink Lines", and "Guys Like Me".

His second album, 2009's Carolina, produced three more singles: "Smoke a Little Smoke" and his first top 10 hits, "Love Your Love the Most" and "Hell on the Heart". 2011's Chief, his first No. 1 album, gave him his first two No. 1 singles, "Drink in My Hand" and "Springsteen", and the hits "Homeboy", "Creepin'", and "Like Jesus Does". His third No. 1 single was "The Only Way I Know", which he, Jason Aldean, and Luke Bryan recorded for Aldean's album Night Train". A fourth album, The Outsiders", was released in February 2014. It produced five new singles between 2013–15 with the title track, "Give Me Back My Hometown", "Cold One", "Talladega" and "Like a Wrecking Ball". "Talladega" and "Give Me Back My Hometown" each reached number one on the Country Airplay chart. Eric Church got his sixth No. 1 hit with Keith Urban in May 2015 with the single "Raise 'Em Up". He released his fifth studio album, Mr. Misunderstood, on November 3, 2015.

Church was born on May 3, 1977, in Granite Falls, North Carolina. At 13, he bought a guitar and began writing songs of his own. By his senior year of high school, he had found a gig at a local bar, which occupied most of his time. He played many Jimmy Buffett cover songs and a few of his own original songs in some dive bars. Some of these places were so rough that he got into a few altercations from the stage. For a few years, the band played often in bars and restaurants throughout North Carolina. The band "Mountain Boys" consisted of his college roommate, brother, and a fellow guitarist.

Before moving to Nashville, Eric graduated from South Caldwell High School and then Appalachian State University with a degree in marketing. Upon graduation, Church became engaged to a Spanish teacher in the town of Lenoir, North Carolina. The future bride's father attempted to persuade Eric into a corporate career, which he rejected as an aspiring musician. She broke the engagement and he headed to Nashville with his father's financial backing. His father also provided the opportunity to make contacts, and more importantly, time to focus on developing his songwriting ability. 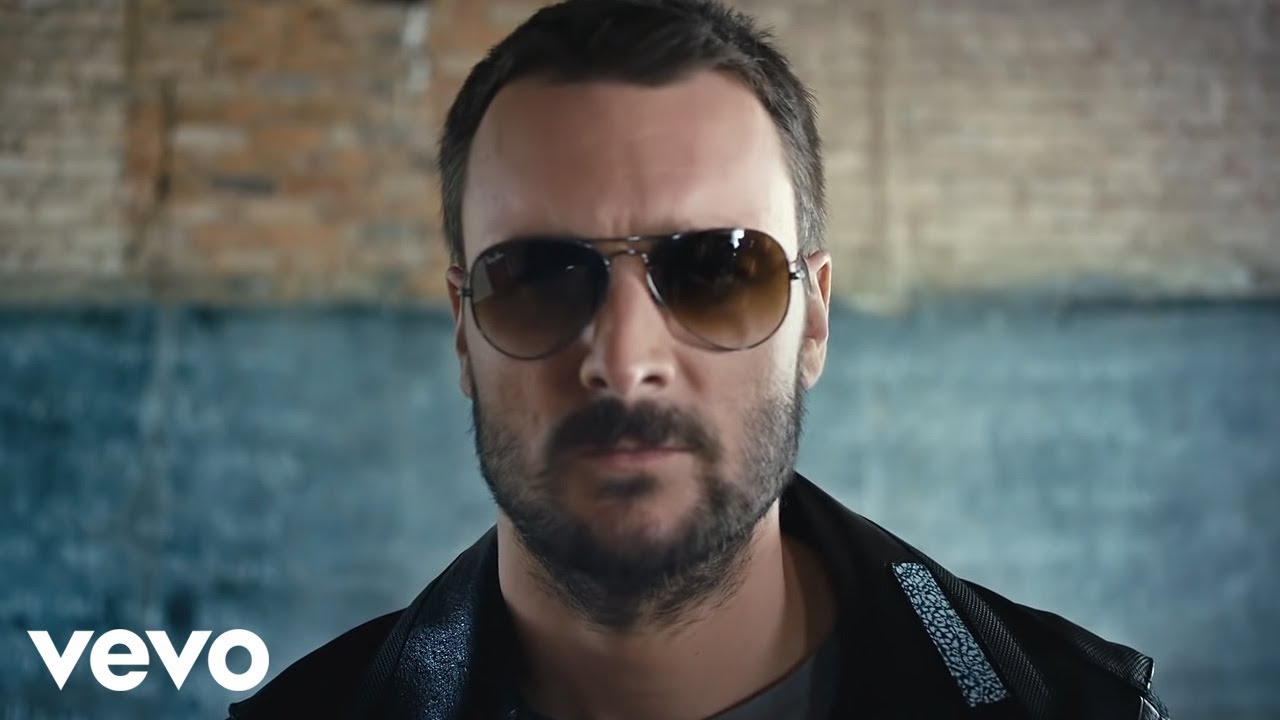